Keeping it with the eyeball theme from the last few weeks, we’re making worm infested jelly with ice cream eyeballs!

To make the eyeballs, melt 2 squares of dark chocolate in the microwave in 20 second intervals and put a blob of melted chocolate at the bottom of each section of your mould.

Once that’s set, scoop a little ice cream into a bowl and stir in some green food colouring, you could also use mint flavoured ice cream if you like. Layer that on top of the chocolate to make the iris then pop into the freezer to set. Once the iris has frozen, scoop some more ice cream into a bowl and stir to melt it slightly. If your vanilla ice cream is quite yellow, you can cancel some of it out by mixing in a tiny dot of purple food colouring. Smooth the ice cream over the top of the iris with the back of teaspoon to make sure your mould is filled fully and pop back into the freezer.

Make the jelly according to the instructions on the packet and leave to set. Once set, slice the jelly into chunks with a sharp knife and put into your serving bowl, alternating the different flavours as you go so they’re all mixed up.

Add the gummy worms so it looks like they’re wriggling out of the jelly and then finally pop your ice cream eyeballs on top. We added some veins to our eyeballs by painting them on with food colouring. Have a spooky but safe Halloween and if you make any gruesome bakes, don’t forget to share them with us! 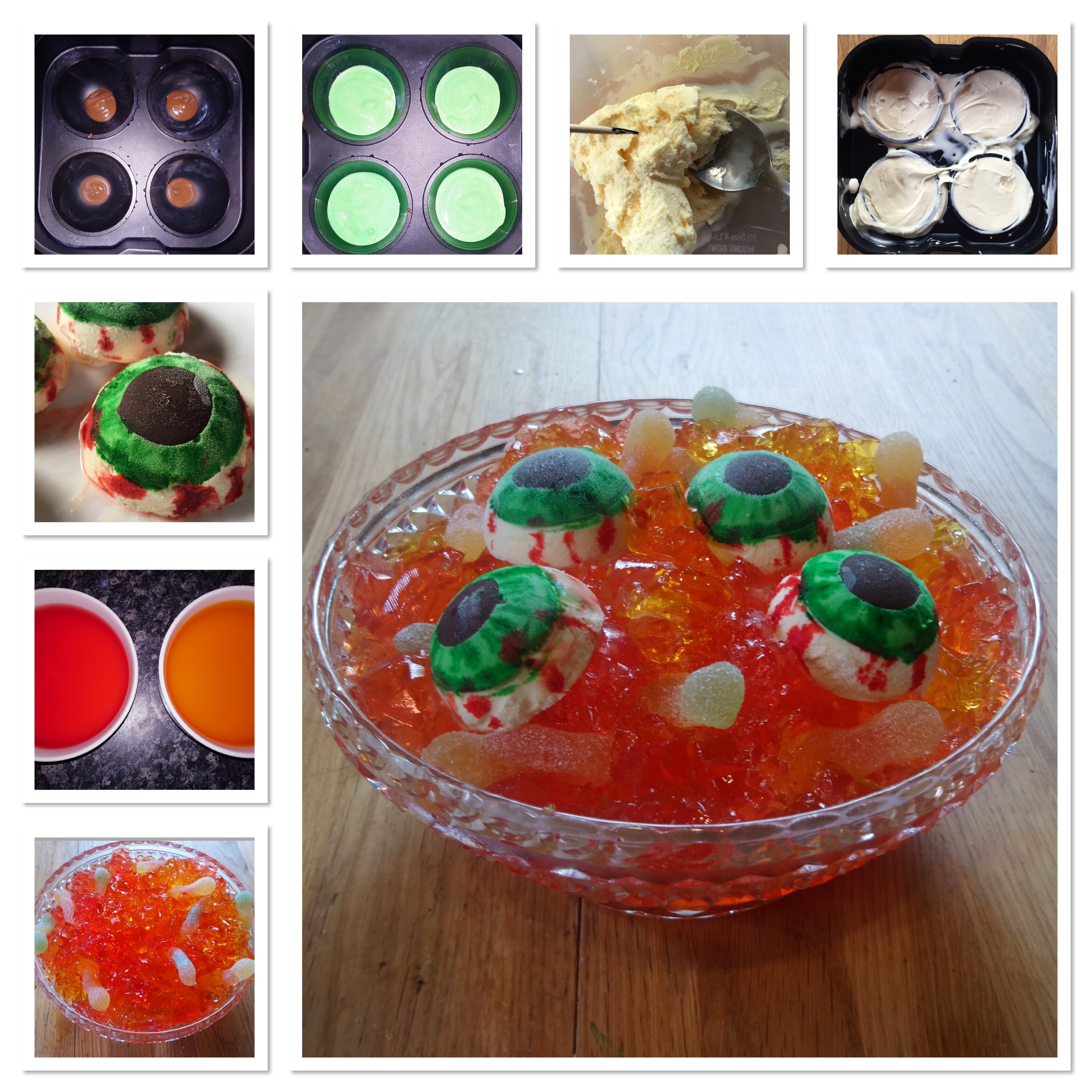